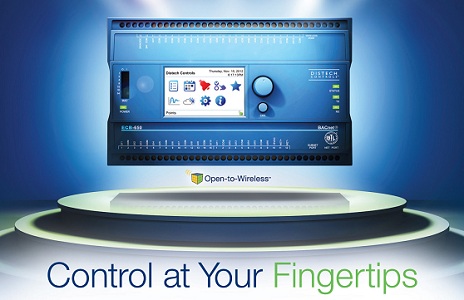 Temperature controls have changed a lot since we sold our first thermostat. Most buildings had pneumatic, electro-mechanical and/or electronic components in custom made control panels. These systems could be difficult to maintain and were not very flexible. As computer technology became more prevalent, proprietary computer and microprocessor based systems were developed by companies large and small. Each manufacturer developed its own software and communication protocols Many systems were so complex, only highly trained manufacturer-employed technicians were capable of programming the controllers requiring expensive one-source maintenance contracts. Many smaller manufacturers went out of business, leaving the building owner with no support.

The need for a standard protocol was obvious and paralleled the development of the PC business. Several standards were developed with Lonmark and BACnet the market leaders. Lonmark® offers component level interoperability, common network management tools and defined device profiles meaning, for example, that you can replace a Honeywell VAV box controller with a Johnson, Distech, Circon, TAC and many other manufacturers' VAV box controllers.  The BACnet protocol is rapidly gaining market penetration and capabilities similar to Lonworks.

Systems based on interoperable components allow building owners the freedom to choose best-of-breed products for their specific applications. Openness also means easy connectivity over existing IP networks and over the internet. Your building's mechanical and security data can now be integrated with the rest of your data and is accessible from anywhere in the world.

McGuire Controls personnel are trained in both Lonworks and BACnet network design, programming and maintenance. But we're not the only ones. Lonmark systems are truly open, allowing building owners a choice not only among different control components but among different control integrators too. As Authorized Echelon Integrators, Honeywell Commercial Control and Energy Specialists, Tridium AX certified Vykon System Integrators and Distech Controls Authorized Open Systems Solution Providers, we have a proven record of making multi-vendor building control systems work.

Many existing systems are hybrids utilizing Lonmark controllers for much of the installation with gateways to bring the LON into a proprietary system. These systems can often be upgraded to Lonmark with minimal expense. Let us examine your building control systems to see if open systems make sense for you.  Legacy systems can be integrated through the Tridium Niagara AX framework.